Believed to be first part of Bhutan to have been inhabited, it has a delightful collection of Swiss-style valleys, remote red walled monasteries and some of the oldest temples in Bhutan.

Trongsa is the central hub of the nation and is historically the place from where attempts at unifying the country were made. The landscape around Trongsa is spectacular and for miles on end, the Dzong appears seemingly faraway, making you wonder if you will ever reach there. 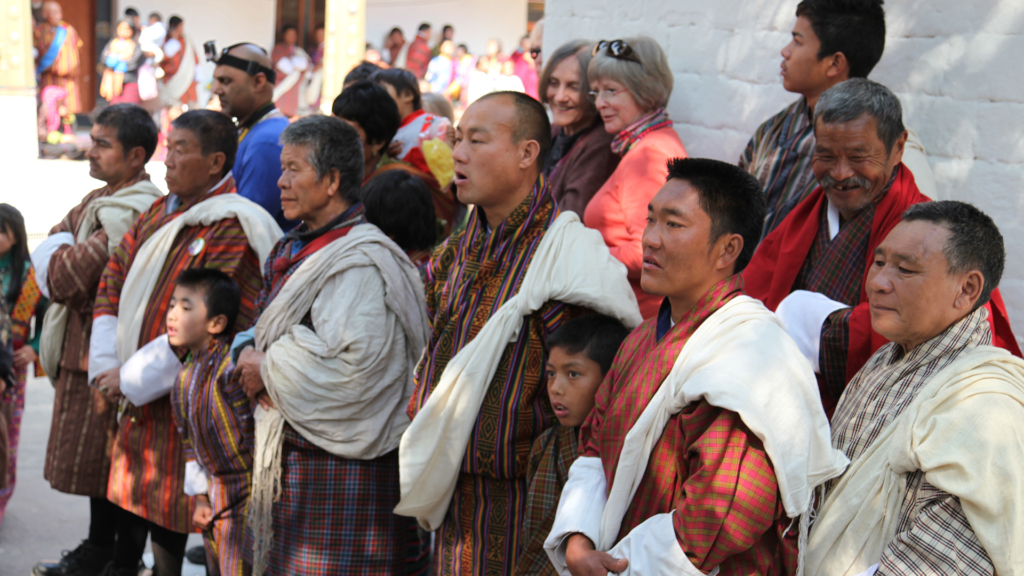 Gelephu is a region of the Dzongkha of Sarpang. It is located in Southern Bhutan on the border of India and this makes it a hub for cross-border trade. Gelephu is a warm, fertile region with plenty of rainfall.

Gelephu is one of the areas through which visitors can enter Bhutan overland through the Indian state of Assam and it is also a gateway to the Royal Manas National Park, the oldest nature preserve in the Kingdom of Bhutan. Its incredible biodiversity includes hundreds of rare animal and plant species that cannot be seen anywhere else in the world such as Golden Langurs, Gangetic Dolphins and the Asian One-horned Rhinoceros. The park is the most biologically diverse protected area in the kingdom as well as one of the most outstanding nature preserves worldwide.

This is one of the new domestic airports that have recently been opened in the country. The inaugural flight was launched on the 25th of October 2012. This airport is one of the major keys to strengthening links, opening up more rural areas of the country.

To the east of Trongsa lies the religious heartland of the nation. Bumthang is the general name given to the complex of four valleys – Chumey, Choekhor, Tang and Ura. Here in this fascinating valley tales of Padmasambhava dominate inmost nook and corners, which have now become sacred. 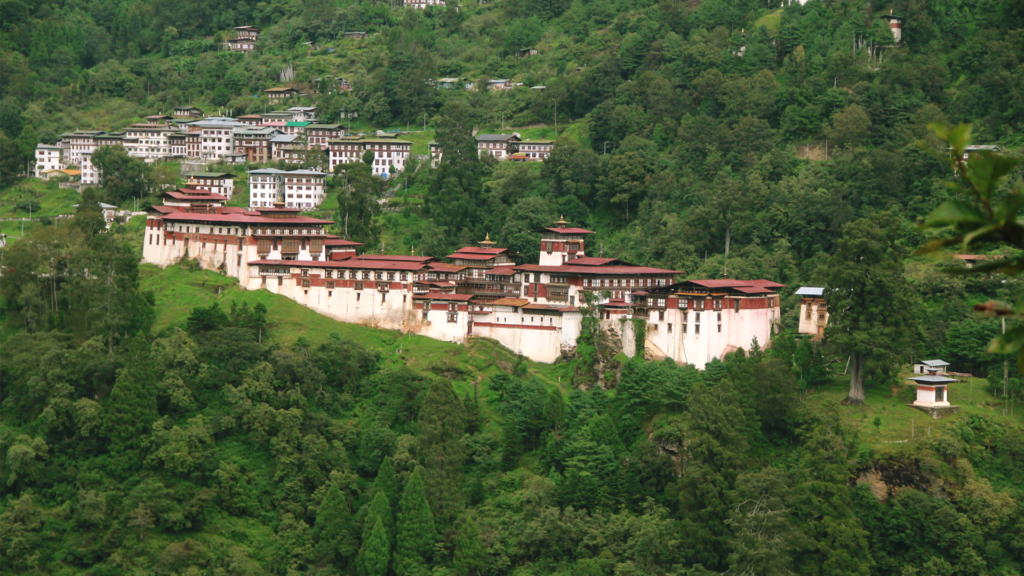 Midway between Haa in the far west and Trashigang in the far east stands the striking Trongsa Dzong, the ancestral home of Bhutan’s royal family. Built by Zhabdrung Ngawang Namgyal in 1648 and later enlarged and decorated, both by the first king and his successor the second king who ruled the country from this ancient seat, all four kings held the post of Trongsa Penlop (honorary governor) in the Trongsa Dzong prior to being crowned as king. Among the treasures found in the Dzong is a magnificent collection of rhino horn sculptures.

In Southern Bhutan, we have the Gelephu Tshachu situated next to a stream. This hot spring is mainly frequented by the local residents but in winter people from all over Bhutan journey here to cure themselves of diseases.

Visitors can also try out the ancient Bhutanese tradition of ‘Menchu’ or Hot Stone Baths. In this method water is heated by submerging red-hot stones into the bath and then used to bathe and soak. This is a popular curative method that is used throughout the country.

Since 1967, Ta Dzong, the ancient watch tower, has been the National Museum of Bhutan and has fascinating collections of art, relics, religious thangka paintings and Bhutan’s exquisite postage stamps. Located just above the Ringpung Dzong, Ta Dzong is round in shape unlike, most of the dzongs that are rectangular in shape. This gives it a striking similarity to the castles in Europe.

This monastery is one of the 108 monasteries built by songtsen gembo who was believed to be the reincarnation of the Buddha of compassion. Built in 7th century, it mainly built by Songtsen Gampo to subdue evil spirits in the Himalayan region.

In the wide valley of Bumthang lies the Jakar Dzong, founded by great grandfather of Zhabdrung, the Dzong was initially built as a monastery in 1549. After Zhabdrung had firmly established his power in 1646 the Jakar Dzong was upgraded. The Dzong is now used as administrative center for Bumthang valley.

Located above Jambey Lhakhang, Kurje Lakhang consists of three temples. The Lakhang on the right was built on a rock face in 1652 where once Guru Rinpoche meditated. The second temple is built on the site of a cave containing a rock with the imprint of Guru’s body and is therefore considered the most holy. The Queen Mother recently built the third Lakhang. These three temples are surrounded by 108 chorten wall, symbolic of each joint of the human body.

According to the legend Terton Pema Lingpa had a vision of the sacred treasures that Guru Rinpoche had hidden within the lake centuries earlier. However the people of Tang and the local ruler were cynical of his claims. In order to prove his claims, Pema Lingpa held a butter lamp in his hand as he jumped into the lake. After remaining under water for a long time he re-emerged holding a chest and a scroll of paper with the butter lamp held in his hand still burning bright. Thereafter, the lake came to be known as Mebartsho (the burning Lake).

The Burning Lake, Mebar Tsho is located along the way to the Tang village over the feeder road under Bumthang valley. It takes approximately thirty minutes to drive to the Mebar Tsho from Chamkhar town.

Mebar Tsho is considered one of the most sacred sites in the region as it is related to the renowned religious treasure reveler (Terton) Terton Pema Lingpa. Pema Lingpa is considered an incarnated disciple of Padmasambhava who discovered treasure within the lake in late 15th century.

Today this small fresh water lake is a sacred pilgrimage site for the Bhutanese with bright-multicolored prayer flags surrounding it and a small altar dedicated to Terton Pema Lingpa has also been set up. On auspicious days people offer butter lamps at the lake. Many tourists visit the site to observe spectacular beauty of this important historical and religious site.